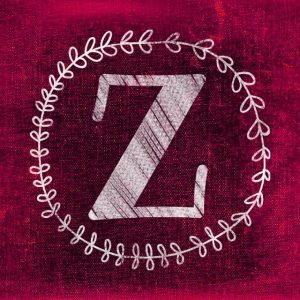 And yet, in 2018, the obsession with Millennials continues. For many, the term “Millennials” has become code for “all young people”.  But going by Pew Research’s numbers, the oldest Millennials are far from babes in the woods. The oldest of them are in their mid-30s. They’ve made their mark at work, and workplaces have quickly evolved to keep pace with their needs and desires. If your employer offers things like flexible scheduling, remote work, unlimited vacation time or PTO, and “collaborative” office environments, chances are good that you’re experiencing the Millennial influence. And now, everything is about to change again. Generation Z is here.

It’s tempting to think of Generation Z as an extension of the Millennial generation, but that’s a mistake. Here’s what we know about the generation born between the years of 1996 and 2010:

GenZ is often described as pragmatic, competitive and self-reliant. Sound familiar? These are the children of Generation X and are way more like their own parents than the generation closest to them in age. Like Mom and Dad, they value authenticity and personal connection.

The Most Entrepreneurial Generation

Independent and resourceful, members of GenZ are starting business, charities and movements before they’re even out of high school. College? Nah, that’s okay. They’d rather not be told what to do. And if they have to figure something out, or learn something new, that’s what YouTube is for.

They are the True Digital Natives

It’s hard to believe that Insta-obsessed Millennials can remember a time before smartphones and social media, but it’s true. GenZ-ers, on the other hand, are the true digital natives. In their lifetime, they have always been able to refer to Wikipedia and phones were never dumb. They learned PowerPoint in elementary school and spend hours a day on social media.

Right now, Generation Z comprises 29% of the population. Granted, only a small portion is currently in or about to enter the workforce. But that changes every year. They are too big to ignore.

So what does that mean for work? Well, just like long commutes, 9-5 schedules and business dress didn’t work for Millennials, your current policies and procedures may not be the best fit for the next generation of workers. Here are some things to keep in mind as workplace practices evolve over the next decade to attract and retain GenZ workers:

Yes, young workers want a sense of purpose, but GenZ workers are more focused on financial security than their Millennial counterparts. They are focused on earning and saving, and salaries are important to them. Remember, this is a generation who watched their parents struggle through recessions and saw Millennial friends and family battle crushing student loan debt and chronic underemployment. As more young employees enter the workforce, make sure your organization’s salary and benefits offering aligns with their needs.

Whereas Millennials were raised on the importance of being part of a “team”, where each person’s contribution is as important as another’s, GenZ prefers to work more independently. Again, they’ve had resources literally at their fingertips that could teach them how to do almost anything, making them pretty self-reliant. While they may understand the role of collaboration in the workplace, they may not value it. Balancing enough independent work with team activity might be the key to keeping these workers engaged.

Make no mistake, this group works hard—when they are passionate and motivated. But with the shortest attention span of all the generations (8 seconds if you are curious, on par with goldfish), how can workplaces keep up? Finding work that appeals to GenZ sensibilities–along with offering professional development opportunities for younger employees to build their skill sets—can help retain GenZ workers.

A Diverse Workplace is Important

According to a recent Census Bureau report, Generation Z is the most diverse generation in the U.S. Organizational diversity and inclusion efforts matter to this generation, so much so that 77 percent of GenZ say that an organization’s level of diversity would affect their decision to work there. If your workplace is committed to diversity and inclusion, that’s information that could be shared early in the talent recruitment process.

When it comes to attracting and retaining younger workers, it’s not just about schedule, location and the work itself. Organizational culture will play a huge role in their employment decisions. Can your organization support the needs of this complex generation? If it can, Generation Z can make your multi-generational workforce even better. If it can’t, start the evolution now. They’re coming…