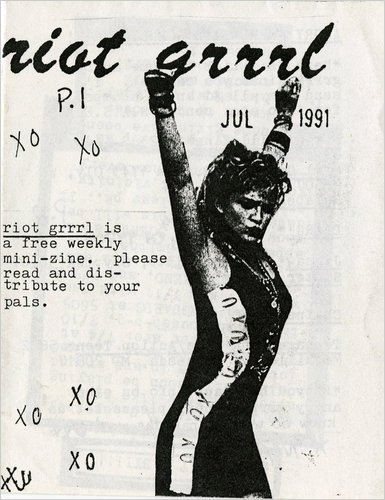 In an earlier post on TheGenXManager.com, I wrote about the impact that GenX women have had on society and the workplace. I was born in 1973, at the tail end of feminism’s Second Wave. As a young girl, I was raised to believe that men and women were equal, and that being female wouldn’t hold me back in any way from achieving my goals.

My own personal experience bore that out. I came of age with female superheroes, the Riot Grrrl movement, Lilith Fair and Girl Power. Today I’m a working mother who was never mommy tracked. I’m a breadwinner wife in an egalitarian relationship with fair division of labor. The men of my generation were raised by the same strong women who raised their daughters to believe that gender wouldn’t hold them back from any goal they had in life.

Signs of progress were all around me. The gender pay gap narrowed from 68 percent in the late 1970s to 82 percent in the early 2000s. Nearly 40 percent of women are their family’s primary breadwinner, and 32 percent of those are wives who are outearning their husbands.

I would tell anyone who listened that sexism was aging out and would not be a thing by the time my teenage daughter enters the adult working world. I’d explain that any sexism or harassment perpetrated or experienced by members of my generation was due to us getting absorbed into arcane corporate systems constructed by older generations to reinforce the patriarchy.

Then Susan Fowler blew the lid off the tech industry. In a February 2017 blog post, she outlined her experience as an engineer at Uber where she was sexually propositioned by a manager, blocked from switching teams and projects by male colleagues and then was warned that she could be fired for reporting incidents to HR. The post ignited a media firestorm.

Like dominoes, down went Uber, Google, Amazon along with a host of tech startup and tech-focused venture capital firms. A June 2017 New York Times article about sexism in Silicon Valley exposed a culture of systematic harassment, discrimination, and toxic bro-culture. I was confused. These were young women and men in young companies in a young industry. My convenient excuse for why sexism still exists evaporated. I was a disillusioned GenX-er once again.

2017 could go down in history as the year of the Sexual Harassment Bombshell. As allegations continue to be levied at prominent men across government, entertainment, media, and industry and dominate the news cycle, many wonder about the timing of the victims coming forward along with the sheer volume of complaints. “Is this a witch hunt?” people ask.

The women of Generation X remember other times when sexual harassment made front-page news. In 1991, George H.W. Bush nominated Clarence Thomas for a seat on the Supreme Court. During the confirmation hearing, a former employee of Thomas’s, Anita Hill, came forward with allegations of sexual harassment from when she worked for him at the Equal Opportunities Employment Commission. Her testimony brought the subject of workplace sexual harassment into the collective consciousness, perhaps for the first time. The event was a reality TV goldmine as the nation watched, divided on whom to believe. Thomas was confirmed.

Later in the decade, scandal rocked the highest office in the land as President Bill Clinton was found to have had an inappropriate relationship with White House intern Monica Lewinsky. (This was after Clinton had multiple women come forward previously with allegations of sexual harassment while he was governor of Arkansas.) Clinton was impeached but later acquitted of charges of perjury and obstruction of justice and served out the rest of his term as President; Lewinsky became the poster child for scandal and shame.

During this time (perhaps in response to the cultural temperature of the time) third wave feminism had taken hold. This GenX brand of feminism challenged female stereotypes, how media/entertainment portrayed women and the language used to define women. It was assertive, empowering and sex-positive. Pop culture, in the form of music (e.g., the Riot Grrrl movement), “zines” (short for magazine or fanzine, a small-circulation self-published periodical) and movies/television (Buffy the Vampire Slayer, Xena, etc.) was the both medium and the message.

But all that was almost a quarter-century ago. So back to the question, why is this happening now?

From my vantage point, it seems like today there exists accountability that many found lacking in the Clinton and Thomas situations. “Why did she wait so long to come forward?” Maybe because now, in 2017, she feels like she’s got a fighting chance at justice.

There is a broader network of communication and support. Feminism’s current fourth wave is more inclusive and sheds the misandry that third wave feminism was often criticized for. It is digitally driven, making use of technology platforms capable of creating community that can extend beyond hashtag activism and encourage real-life action.

What I’ve heard from many women my age over the course of the last few weeks: this sucks. Spoken like true GenX-ers. But I will break from that stereotype to say that I see a positive opportunity in this: the opportunity to reconstruct systems that facilitated this type of behavior. That will take a long time and the efforts of many.

So in the words of Riot Grrrl queen Kathleen Hanna, “Girls to the front.” Let’s get going.