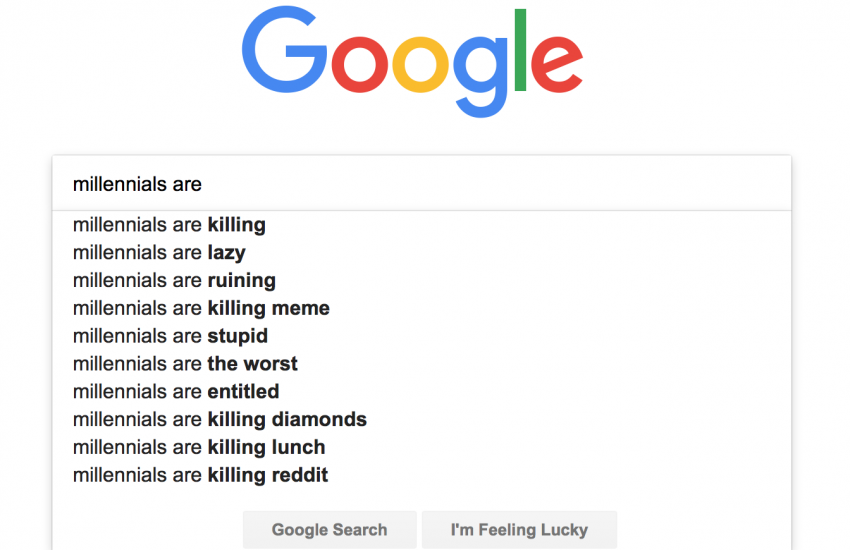 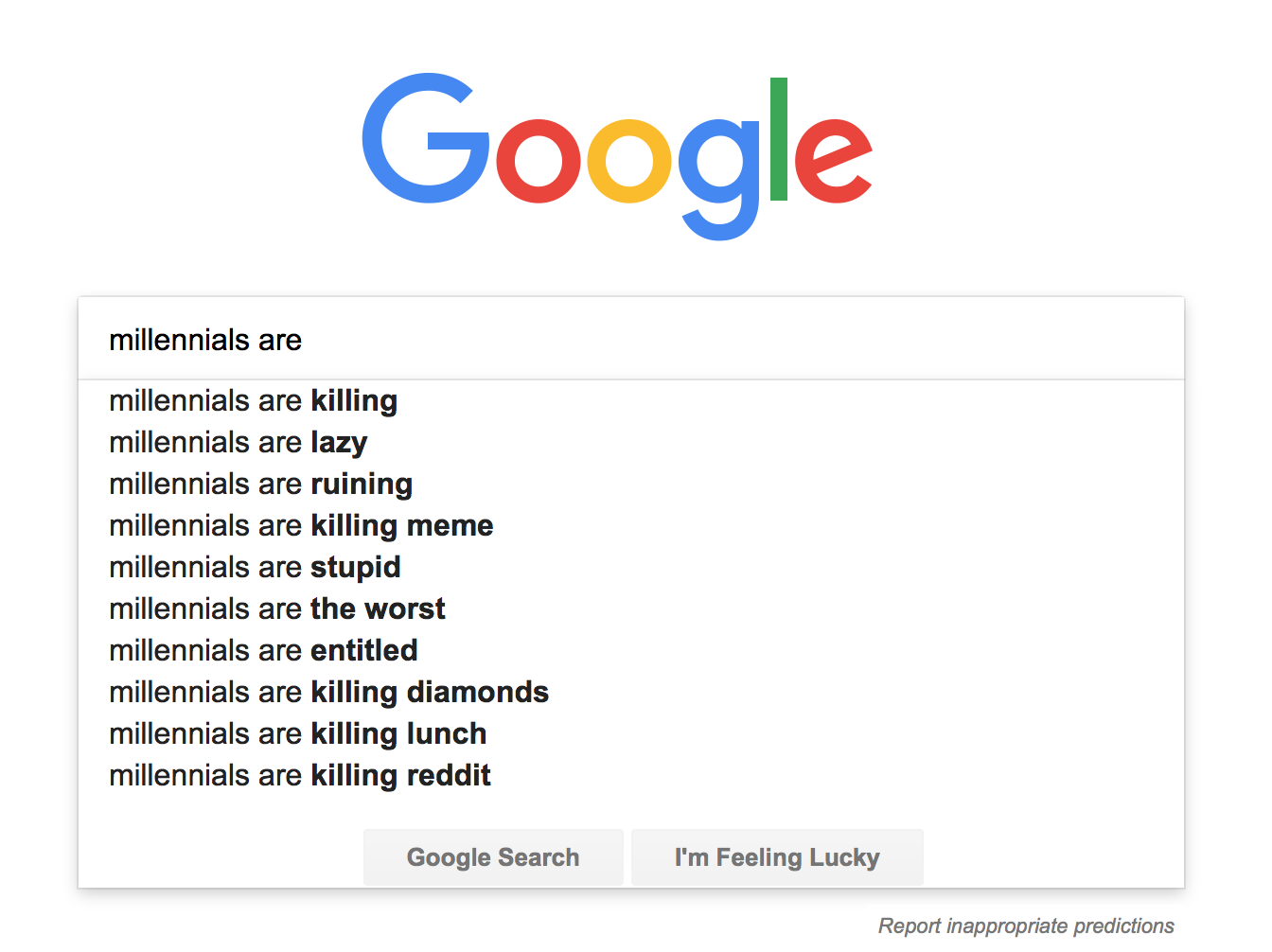 As a GenXer, I am naturally skeptical of most things, including the ubiquitous hype that surrounds Millennials. Nearly every day I read how they are killing industries, saving cities, changing workplace norms or making their mark on society in some other unique way.

That skepticism led me to Alexandra Camp. I met Alex at a local networking event for Marketing professionals and she impressed me immediately. She had recently graduated from the University of Mount Union (a semester early) and was working as a Marketing Coordinator for a local small business. We had a great conversation about generations in the workplace and she shared some great Millennial insights. Her answers to my Gen-junkie questions about Millennials are below, in this week’s guest post.

GenX Manager: What do you think of all the Millennial hype? Legit or overblown?

Legit! There are so many differences and “firsts” to this generation that set it apart from older generations. I think that’s why we’re studied like strange and exotic creatures. It’s exciting to me to be a part of, but there’s a lot of negativity surrounding it as well. If you Google “Millennials are…” it’s pretty discouraging. I truly believe that this gen has more to offer than many realize and that the good outweighs the bad overall.

GXM: What are some stereotypes that you find to be true (if not of yourself, then of others)? What are ones that are totally false?

I disagree. I think that they have simply changed (which could be part of the struggle to communicate and work together between the gens). Yes, I agree that we spend too much time consumed on our phones, and I see the truth behind how that causes people to lose touch with reality and forget to be present. But at the same time, the way we are communicating with each other, gaining information, sharing stories, and having discussions have completely evolved. Technology and social media have allowed us to interact with others in an entirely different way and on a larger scale. Yes, you can argue it’s not as personal, but there’s also greater opportunity since it has a wider reach and is more efficient than traditional communication methods. The other important point to consider is that Millennials are not just on social media to be social. Just as other generations were brought up reading the newspaper to gain information on politics, get up to date on sports, and get a laugh out of the comics section- Millennials aren’t just on social media to post memes and share every time they get a perfectly ripe avocado. In a study, 88% of Millennials surveyed stated they get news from Facebook, 83% from YouTube, and 50% from Instagram. Social media is a powerful thing, and Millennials know exactly how to leverage it, which many see as one of the biggest strengths of our gen in the workplace (in the marketing industry at least).

This one makes me the angriest because I see so many examples of people that are exceptions. I’ve had a job since I was 13 years old and have always taken a lot of pride in working hard to earn what I’ve got and I know many of my peers that have similar backgrounds. However, I do see a large number of people that fall into this category and are lazy. But, then again, Americans as a whole are labeled as lazy so who knows?

Unfortunately, this is one I agree with overall. But it also makes sense. Millennials are the best-educated group of young adults in U.S. history, with 1/3 of older Millennials (ages 26-33) having earned at least a four-year college degree. So you’ve got this huge number of people going out and getting degrees, investing unbelievable sums of money into their education and then expecting a return. Generally, when you invest a lot you expect a return–the return, in this case, being a job and financial stability. I think that Millennials believe that with a degree, it is their right to have this, which makes sense because it is essentially what they’re paying for. You don’t go to college to get a piece of paper; you go to college to get a job following it. While entitlement is not a good label to wear, I ultimately understand it.

True, we job hop more. But, it’s also been proven that fewer companies are providing significant raises or promotions from within and that the best way to get a pay raise or promotion is with a new company or position. Staying employed at the same company for more than two years on average can decrease earnings over a lifetime by about 50% more. This, of course, is assuming that hiring managers would continue to hire someone who moves positions every two years. But the point is that there are significant benefits to switching positions. Millennials were brought up in a society where being well rounded wasn’t just expected–it’s now a requirement in order to get into college, to be considered for awards, to get an internship, etc. So the idea of gaining many different experiences is nothing new. You could also say that we’re not afraid to take risks and try new things. But I also see the huge benefit of being loyal to a company and the value that could provide. As someone who’s still in their very first job and only one year out of college, this one is really interesting to me but I can’t exactly speak from experience!

True. I’m not exactly sure when or by whom the term “adulting” was coined, but I see it used all the time by peers (and I’m guilty of this as well) to describe doing very basic everyday tasks. Basically, anything a recent college graduate does that is somewhat productive (ex: laundry, cooking, cleaning) is referred to as adulting. Really these are just everyday tasks and chores that were most likely done by our parents previously or altogether avoided in college (oops) so we feel the need to announce and gain recognition for doing them in this whole new scary place, “the real world” *dun, dun, dun*. This also goes along with the “Participation Trophy” stereotype: the thought that everyone should get a trophy and pat on the back for showing up and trying their best regardless of skill or performance. There are definitely some Millennials out there waiting for a pat on the back for the boxed mac and cheese they just miraculously managed on their own. But, I have to say that the coddling helicopter parents can take the blame for this one.

Probably true. Criticism is tough, especially being raised with the “participation trophy” mentality I just mentioned, which means many of us aren’t as used to it. But receiving feedback is one of the most valuable and important ways to grow. That being said, I’m sure there are many Millennials out there that recognize this as well and welcome criticism as that–an opportunity to grow. We’re one of the most open-minded generations when comes to acceptance of people’s differences, so I’m hoping this open-mindedness will transition into the workplace when reflecting on our own performances and hearing feedback from others.

GXM: You mentioned you have GenX parents. What has been their impact?

Parenting is a big topic with so many different styles so this is simply my experience. I was raised by parents whose goal was to help me grow into the best person I could be and to succeed. They also didn’t want to hand everything to us. They wanted to instill a strong work ethic and sense of pride and ownership in us. My dad would reference waking up at 4 a.m. every morning to milk the cows before school if we ever complained about getting up early or going to work– so you can see how when I see the “Lazy” stereotype, this isn’t something I was brought up to believe was okay. I could go on about how my parents raised me, but the point is that I truly believe that who you ultimately become boils down to the foundations you were raised on. That is why I credit many of these stereotypes on the way our GenX parents brought us up.

GXM: What Millennials can do to dispel the myths?

Not so that it will get recognized, but because it will ultimately pay off in the end and make you better.

Just because you’re educated doesn’t mean you know it all. Ask for advice and feedback. Gain a mentor that has years of experience you can grow from.

Look up from the screen. While being so connected can be great, it’s refreshing to be disconnected as well. Go a full day without your phone every once in a while. 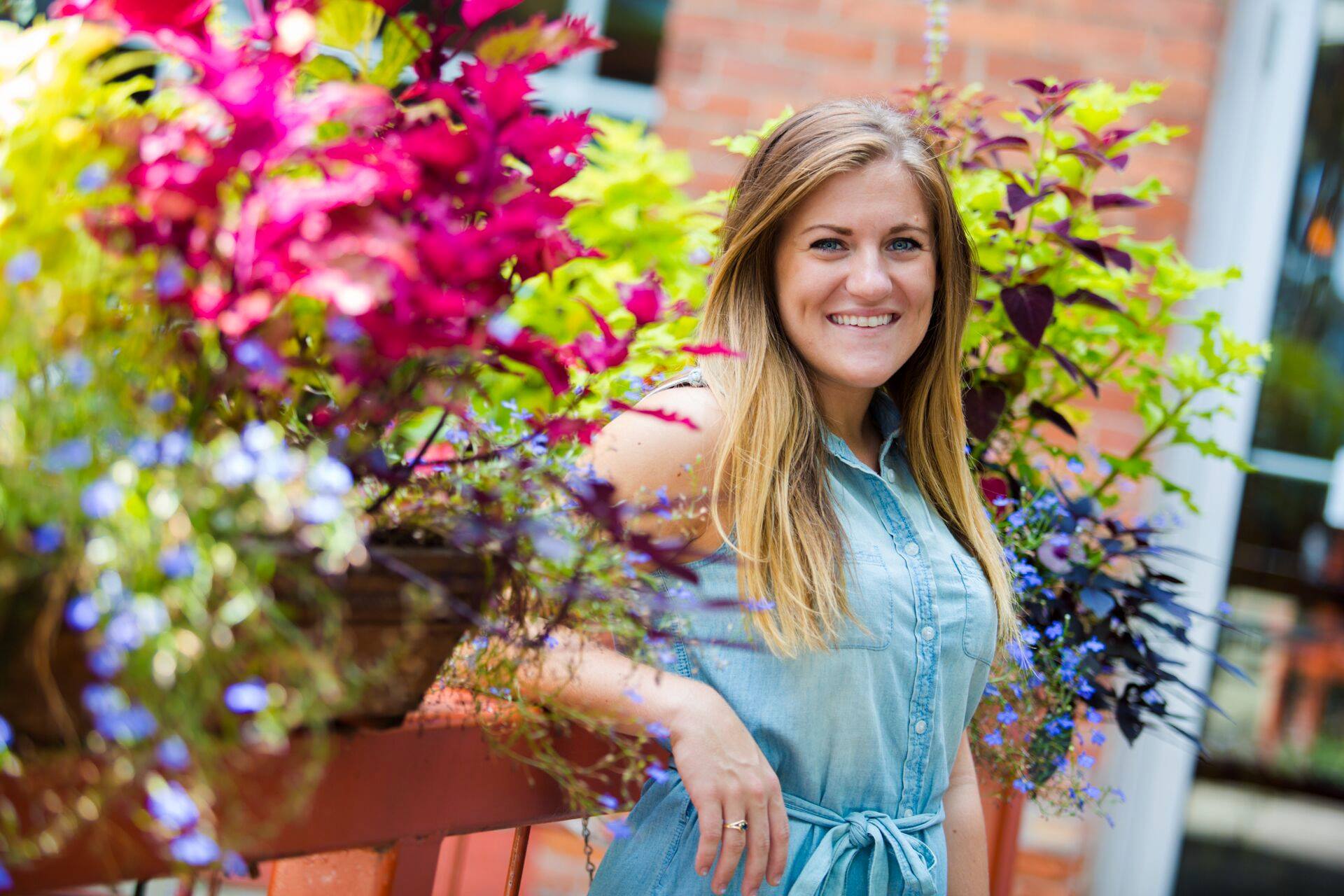 Alex Camp is a late Millennial (born 1995) and is Marketing Coordinator at Matticio Orthodontics in Farmington, NY. You can connect with her on LinkedIn at www.LinkedIn.com/alexcamp or on Instagram at @alexinwonderland13.