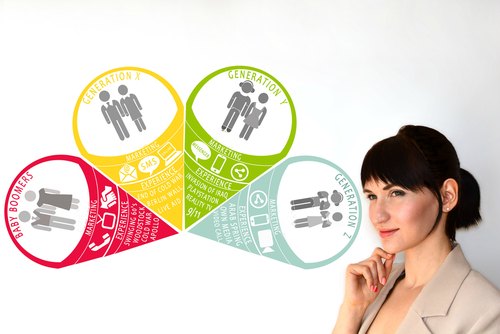 As both a language lover and marketing professional, I love when a new made-up word takes hold. Last month, there was huge media coverage of the term “Xennial”–coined to describe those late GenXers/early Millennials whose unique experiences make them feel like they don’t belong in either generation.

The portmanteau originally appeared in a piece by Sarah Standkorb and Jed Oelbaum for GOOD magazine in 2014. The term caught fire again recently when University of Melbourne professor Dan Woodman, in an interview with Mamamia.com, explained the concept of this microgeneration:

“The idea is there’s this micro or in-between generation between the Gen X group – who we think of as the depressed flannelette-shirt-wearing, grunge-listening children that came after the Baby Boomers, and the Millennials – who get described as optimistic, tech savvy and maybe a little bit too sure of themselves and too confident.”

A common phrase I hear from a lot of Millennials is, “Yeah, but I’m not really a Millennial…” It’s usually an attempt to distance themselves from negative Millennial stereotypes, but sometimes it is in reference to their Xennial experience which blends characteristics from both GenX and Millennial generations. A Xennial:

The concept behind this is not unique to this sub-segment of those on the Generation X/Millennial cusp. When generations span 15-20 years (depending on who is counting), the shared experiences and defining moments of a generation look really different depending on which end of the spectrum you fall. If you are on the cusp of two generations, you might technically belong to a generation because of your birth year, but attitudinally identify with a different generation altogether. Let’s apply the “Xennial” model to other generations.

It might be harder to predict where the “cuspers” of Millennials (1981-2000) and Generation Z (2001-present) will fall on the spectrum as Generation Z is still coming of age. But even now, we can observe how early GenZ is distinguishing themselves from their Millennial counterparts. In fact, they seem to be more like their GenX parents. A GenZennial:

For someone who was born at the midpoint of her generation (1973) and happens to (still) fit every GenX stereotype, this fascinates me. It’s further proof that there is so much more to a generation than a collection of birth years. The defining moments and shared experiences are the things that so strongly influence us.