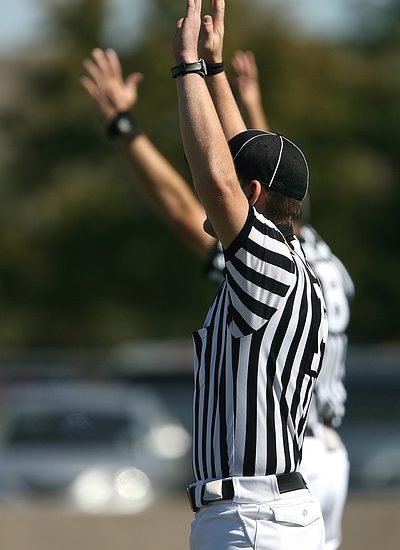 In an earlier post, I wrote about how Generation X was largely ignored by marketers because of their cohort size, specific tastes and lack of buying power. Could that be changing?

Super Bowl Sunday is the big game for marketers too. Brands large and small compete for the attention of the largest viewing audience all year and spend upwards of $5 million per 30 seconds for the privilege of doing so. When the stakes are that high, every creative choice from the premise, spokesperson, music, and visual is intentional.

As I watched the Big Game both as a football fan, a marketer, and a proud member of Generation X, I felt pretty special. The night was ours. Here are just some of the examples of the love that GenX got that night, from big to small:

NFL’s “Touchdown Celebrations to Come”
This spot landed among marketing experts’ top five spots of the night. (It came in first for me.) In it, Eli Manning and Odell Beckham, Jr. recreate the iconic Dirty Dancing choreography as a touchdown celebration. It was a bold choice to blow a kiss to the generation that could identify the reference by dance moves even if “(I’ve Had) the Time of My Life” was muted. Originally released in 1987, Dirty Dancing was retro for the Millennials and lives on in Generation Z mostly as “I carried a watermelon” gifs and memes.

Squarespace’s Keanu Reeves “Make It Happen”
Currently known as the brooding and deadly John Wick, Gen X can appreciate Keanu Reeves’ early days as a goofball 80s teen heartthrob. His stunt riding (which he did himself) couldn’t help but make me think of his action star-turn in the 90s with movies like Speed and my guilty pleasure, Point Break. When he’s not killing bad guys on screen, he’s running Arch Motorcycle, a shop that designs custom motorcycles like the one he’s riding in this spot and uses Squarespace to power its website. Whoa.

Pepsi’s “This is the Pepsi”
Kind of a no-brainer since the theme of the spot was about generations, but the call back to Cindy Crawford’s iconic 1992 commercial—same set, same pose, was GenX all the way. We also got some bonus 80s Back to the Future and Michael Jackson references for good measure.

Kia’s “Feel Something Again”
Interesting that Kia chose Stephen Tyler for their “Fueled by Youth” campaign. In it, the present day grizzled Aerosmith front man drives in reverse on a racetrack to turn back time and emerge as a CGI-enhanced, young and gorgeous 70s era Stephen Tyler. Thanks, Kia, for reminding us we’re old.

Tide’s “It’s a Tide Ad”
As a marketer, I feel for Tide. They had to spend $15 million to buy not one but four commercials to remind people that Tide is a laundry detergent and not a lethal snack food. The spots starred David Harbour, better known as “that guy from Stranger Things”. Stranger Things, as I have written before, is a love letter to Generation X, ergo, we win again.

Jeep’s “Jeep Jurassic”
Not an entirely dissimilar device as the Stephen Tyler Kia ad, we get past and present Jeff Goldblum outrunning a T-Rex in a Jeep in what is effectively a teaser for “Jurassic Park: Fallen Kingdom”. Though Chris Pratt is the current face of the Jurassic franchise, GenX-ers remember the groundbreaking special effects in the original, and of course, Goldblum’s iconic portrayal of Dr. Ian Malcom. The Jeep commercial was a reminder that Goldblum will reprise the role in the upcoming Jurassic World: Fallen Kingdom and that Goldblum was a huge movie star in the 80s before he became the bizarre Apartments.com guy.

Kind of a Stretch

Tourism Australia’s “Dundee”
Okay, hear me out. Tourism Australia’s fake movie trailer featuring Chris Helmsworth and Danny McBride is designed to drum up visits to the Land Down Under. The premise? The son of Crocodile Dundee returns to the land of his father. Crocodile. Dundee. Show me a Millennial for whom that resonates. Note: for fun, check out the full video, a veritable who’s who of Aussie entertainers.

Avocados from Mexico’s “#GuacWorld”
My favorite GenX reference of the night came courtesy of Avocados from Mexico. The Chris Elliott cameo in the #GuacWorld spot delighted GenX Twitter users and made me laugh out loud. PS—why isn’t Get a Life on Netflix? Let’s go.

Am I just seeing what I want to see or is the tide turning? Perhaps brands are starting to realize the opportunities that lie within Generation X. Despite being smaller than Boomers and Millennials, Gen X represents $2.33 trillion in buying power and is the most brand loyal of the generations. That could make for a decent return on a $5 million investment.