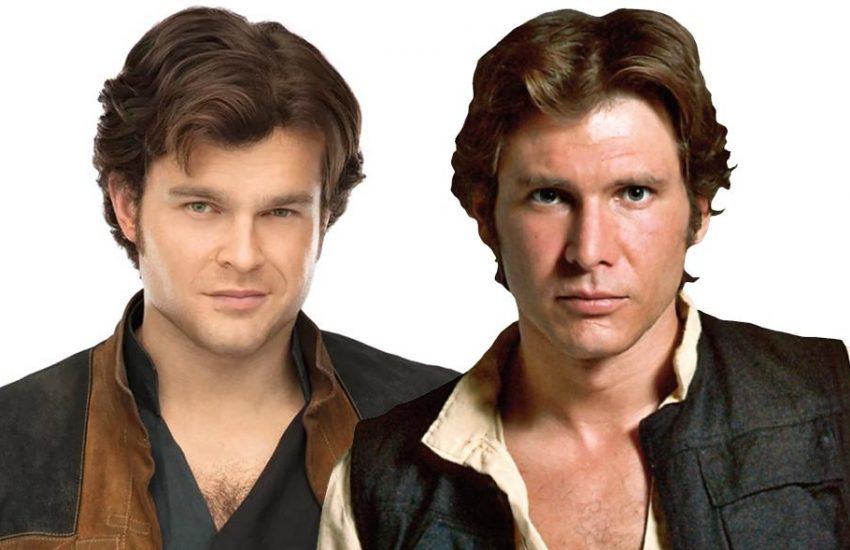 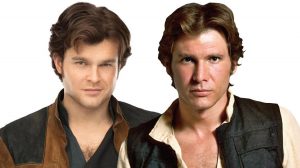 Depending on whom you ask, “Solo: A Star Wars Story” is either a stroke of genius or a colossal fail. At the time of publication, the movie has made about $159 million domestically at the box office (an underachievement by Star Wars‘ standards) and has a rating of 71% on Rotten Tomatoes. Critics have given it mixed reviews as well, with pronouncements ranging from “…a crackingly enjoyable adventure, which frankly deserves full episode status in the great franchise…” (Peter Bradshaw, The Guardian) to “…a curiously low-stakes blockbuster, in effect a filmed Wikipedia page.” (A.O. Scott, The New York Times).

The conflicting reviews reflect my own ambivalence that I have had about the film since learning that it was even in development. Han is a beloved character, a handsome and brash space cowboy who brought joy to a generation of fans. And that was precisely the reason I felt a strange sense of ownership of the character, one that I believe I share with many a fellow GenX-er. I didn’t want to share him with Millennials and Generation Z. He’s ours.

Each generation attaches to their coming-of-age pop culture, yet Generation X seems to have an exceptionally strong and special connection to the music, movies and television of the time. Maybe it’s because the least protected generation had a rough go of it, and—depending on our desire—we could lose ourselves in escapist science fiction and hilarious comedies, or connect with characters that were social outcasts and misunderstood dreamers in stories that felt like our own truth.

Of the 44 movies that came out in 2017 that were remakes, reboots or sequels, almost one-third were related to source material from the 1970s, 80s and early 90s. The 2018 TV pilot season saw versions of Magnum P.I., Cagney and Lacey, The Greatest American Hero and Murphy Brown, though it looks like only Magnum is going to make it onto the fall schedule. Mind you, these would join MacGyver, Hawaii Five-O and S.W.A.T., which are already on the air. In May it was announced that there will be a third Bill & Ted movie, almost 27 years after Bill & Ted’s Bogus Journey.

What gives? What is it about this content that it gets new life for a new generation? I posed this question to a co-worker of mine, Jim Perri. Perri, a fellow X-er, and his eight-year-old daughter Lainie have a channel on YouTube, Lunch Bytes with Lainie, in which they discuss movies and television–many of which are reboots, remakes or sequels. Jim has made a concerted effort to introduce the content of his own youth to his children (age appropriately, of course) so he and Lainie are able to have pretty robust conversations as they astutely analyze current content in reference to its source material.

“I think the storytelling started to change in the late 70s and 80s”, says Perri. “It was just a generation removed from the ‘golden age of Hollywood’, which had very linear storytelling—a journey from Point A to Point B. In the 80s, which is in some ways a rebooting of the 50s, you had the ‘white hat heroes’ of Star Wars but also stories that felt very authentic to our generation as we came of age, like The Breakfast Club. We could really choose.”

That strong attachment to those stories and experiences is what drives Perri to share his love of GenX pop culture with his own children.

“There was a time period, maybe from ‘77 to ‘89, where I can give you every movie and TV show that was important to me. And as I looked back I realized that was a time when my family life was the happiest. So the nostalgia of the programs brings me back to laying on the carpet on the floor watching the TV with my parents sitting in their two chairs behind me. And it gave me kind of a safe and happy feeling.

When I watch movies or TV with my own kids, ironically, my daughter and I sit in chairs and my son has a little flip-out sofa in front of us. We sit down and actually watch this stuff as a family, and maybe that’s because those are good memories for me, and maybe they’ll be great memories for them.”

No doubt nostalgia sells, and entertainment execs know it. Rebooting GenX content is proving to be a good business decision as it appeals to multiple generations. Today, many of those decisions are in the hands of GenXers. Of The Hollywood Reporter’s 100 Most Powerful People in Entertainment for 2017, nearly half are members of Generation X. Could that have something to do with the repackaging of GenX content?

Perri certainly thinks so. “I have often thought that because they (GenX) are in power now, they get to make decisions about shows like The Goldbergs and Stranger Things, those love letters to the 80s. I don’t know if those get made if someone older or younger was making the decisions.”

It would be cynical (and very GenX) to say that there are so few new creative ideas in entertainment that we have to keep retelling the same stories. But this content does have the power to connect generations in a very special way. I remember watching The Breakfast Club with my 17-year-old daughter when she was a young teenager. She loved it as I did—the story still holds up well—and it might have been one of the first times she was able to see me as something other than “Mom”. Once upon a time I too was a teenager with complicated feelings and similar hopes, dreams and fears. And while Lunch Bytes with Lainie might have started as just a fun dad/daughter project, I love it for showing the world the bond that can happen over a shared love of great stories—stories that are perhaps way more timeless than we could have thought.

Fun fact: slated for release during the second half of 2018 are the following films: Creed II, The Equalizer 2, Halloween, The Hustle (a remake of Dirty Rotten Scoundrels) and The Predator. They join Death Wish, Solo: A Star Wars Story and Overboard on the list of GenX reboots, remakes, sequels and prequels for the year.

Shameless plug: check out Lunch Bytes with Lainie! The Jumanji episode is my personal favorite.