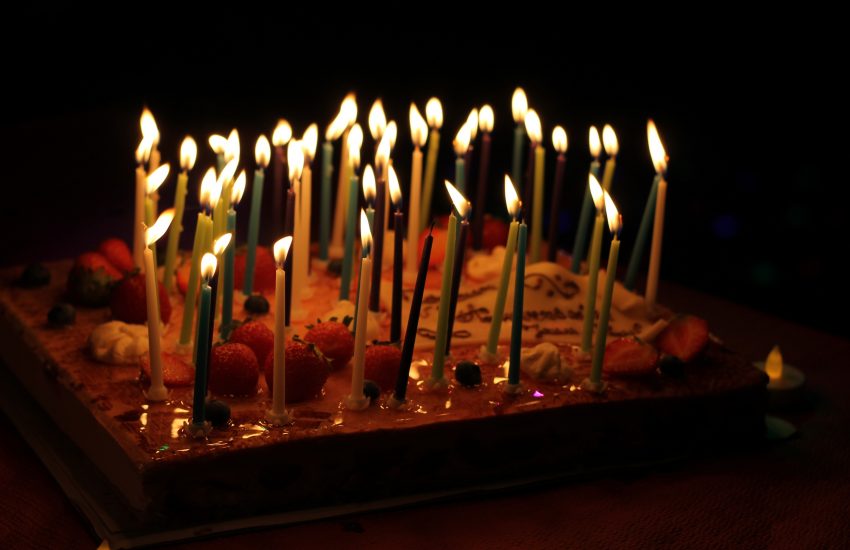 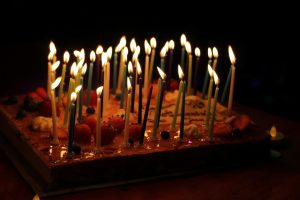 Before I turned 40 in 2013, I thought I might really struggle with it. I know myself to be somewhat vain, and getting older was something that my younger self feared. Instead, I ended up welcoming my 40th birthday with open arms and a feeling of sweet relief. I had made it.

Here’s what nobody tells you: your thirties kind of suck.

At least mine kind of did. In my thirties, I was full-on adulting—a breadwinner wife putting a husband through grad school, raising a young daughter and building a career–yet seeking the continued approval of my parents and others whose opinions of me I cared very much about. By the time I turned 40, we were a dual income family again, my daughter was older and more independent and I began to care far less what people thought of me. I reconnected with friends. I pursued hobbies and interests that had been set on the back burner long ago. It was awesome.

So to the Millennials, who are now between the ages of 22 and 37, I feel for you. Because while other generations’ thirties might have sucked in general, yours might suck worse. Here’s why:

Millennials are the most stressed out generation. According to a 2017 study from the American Psychological Association, Millennials rate their stress level at a 5.7 on a scale of 1-10. GenXers and Baby Boomers rate themselves at a 5.3 and 3.9 respectively.

Three out of four Millennials have some form of debt, and 25 percent owe over $30,000. Unfortunately, it’s not just “good debt”, like student loans and mortgages. Credit card debt is a major factor, and it is hampering Millennials’ ability to build their savings and contribute to retirement. That’s the bad news.

The good news is that Millennials are rapidly changing their habits, with many ditching the plastic altogether. Could the credit card industry be the next sector that Millennials will “kill”?

You’re behind in your career

Early Millennials were graduating from college at the height of the Great Recession and unemployment was at an all-time high. Millennial underemployment deferred other life milestones—marriage, home ownership, parenthood, etc. Additionally, this late entry into the job market means fewer working years to save for retirement.

Adding insult to injury, workers in their thirties report lower levels of job satisfaction and higher levels of emotional exhaustion than other age groups. Employee engagement is also at its lowest among employees under 40. But press on, Millennials. Engagement and job satisfaction levels increase throughout the 40s and is highest in employees 50 and older.

You’re in a weird place with friends

Studies have shown that friendships peak for men and women around age 25. From that point, there is a steady decline until it plateaus from 45 to 55, so the numbers are already against you. In addition, people are reaching major life milestones at different rates throughout their thirties. This could mean the crew you ran with in college can be made up of both friends who are married with children and those living in their parents’ basement. Maybe you fall somewhere in between. Awkward.

Social media is also making Millennial friendships more complicated, as it can give the illusion of connection but not actual connection. A few years back, a Millennial friendship crisis was declared. But don’t worry, there’s an app for that. GoFindFriends, MeetUp, BumbleBFF, Cliq and other websites and apps offer platonic friend finding at the click of a button.

In 1960, the average age of a first time homebuyer was 24. In 2015 it was 33. Today, it’s reported that the debt that Millennials are carrying has delayed them from purchasing a home for a median of seven years. Instead, they are opting to rent. Unfortunately for them, so are millions of Baby Boomers and GenX-ers who may have been eliminated from homeownership during the housing crisis or are looking for a more maintenance-free lifestyle. That demand is sending rental rates sky-high. Earlier this year it was reported that Millennials will spend about $93,000 on rent by the time they are 30.

In the face of this, many Millennials are choosing to live with their parents. In 2016 Pew Research reported that for the first time in 130 years, 18-34-year-olds were more likely to be residing with their parents than they were to be living with a spouse or partner in their own household.

And so dear Millennials, lest you think that this piece is merely more GenX schadenfreude, allow me to point out two very important bright spots for you: